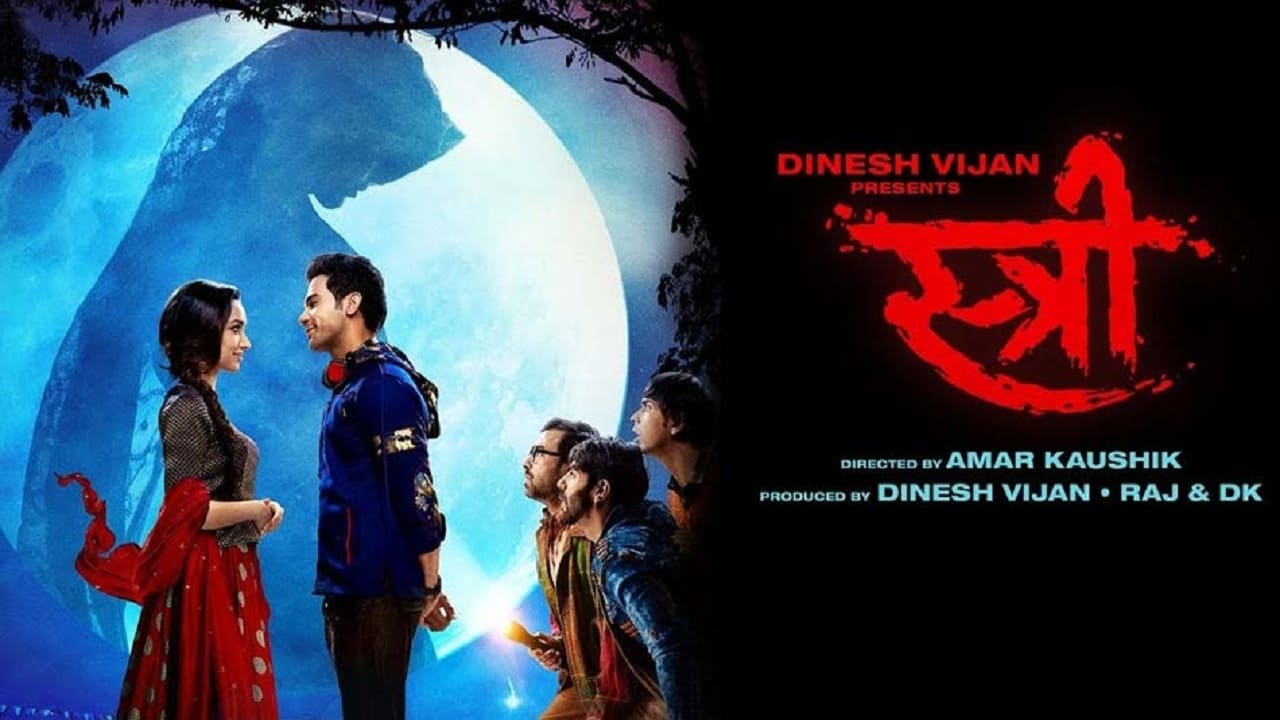 Watch and Download Stree 2018 Indian Horror Movie Online Free. Stree-Movie review The name sounded very old world but having heard good things about the movie, I was still in a dilemma whether to watch it or not as horror is not my favorite genre in movie watching. The last good Hindi horror-comedy I watched was “Bhool Bhula Diya” and I remember my son fighting as a small child to go back home every time the voice of Chitralekha, the ghost appeared! Besides the scare, his trying to persuade me to go back, added to the tension. Anyway, I was curious. And also remembered my years in school as the class monitor when I narrated many a ghost story to my class and hence pin drop silence was maintained. Part of these stories was what I heard from my mother or late grandfather, part of these was made by me by mixing 2 stories to make it long and a couple were cooked up by me on the spot, but narrated with a straight face. One such story was of a mysterious woman calling out to men on bicycles ( mode of transport then) in the dead of the night and men would be led into a blind alley. Only if they woke up from a daze like a state, would they be safe! My late grandfather (a physician) would narrate this with relish, in the first person, and to date, I don’t know whether this happened actually or it was for my benefit. So “Stree” sounded like familiar territory. I am glad I watched it as it shows that Indian cinema is now making so much of a variety. Director, Amar Kaushik, makes a fairly interesting ridiculous at times movie with an engaging story by Raj and DK. It has an old-world charm like a granny’s tale and is rightly positioned in the small town of Chanderi in MP. Of course, it is based on a phenomenon that occurred near Bangalore in the past. The dark dingy weaving gullies and streets add the right amount of creepiness to the film. So the movie has the right combination of quaintness, creepiness and earthy rustic humor to make you laugh and feel tense, alternately.”Stree” or the woman ghost comes every year on four festival days annually and calls out at lone men in the dead of the night, whisking them away in the dark if they turn around.No man is safe these four days and has to stay indoors in a total role reversal to what women face in meters.
The movie packs in an interesting and pertinent message in between the lines that women need affection and respect. As Rudra bhaiya , the bookseller says, she is a change from the men ghosts as she seems well-read as she reads”O Stree Kal Aana” on the house walls and goes away and she takes a man’s consent before whisking him away leaving behind only his clothes. In other words, she is humorously referred to as a “Nayi Bharat ki Chudail”.
The cast is bang on. Raj Kumar Rao obviously is terrific, just as he was in “Bareilly ki Barfi”.He plays the charming and talented tailor, “Chanderi’s Manish Malhotra” who can mentally measure a woman’s size for stitching and has magic in his fingers. You can Watch and Download Stree 2018 Bollywood Movies Free

He puts up with an endearing performance especially when he has to look at the specter lovingly! He is very ably assisted by Aparshakti Khurana and Abhishek Bannerjee, who plays his rustic buddies with crackling chemistry. Abhishek Bannerjee with his part goofy grins and man possessed by spirit later puts up a good side performance. Pankaj Bhatnagar as Rudra bhaiya who knows everything about “Stree” is hilarious. Shraddha Kapoor looks suitably beautiful and mysterious as the girl who forms Rao’s love interest and appears bizarrely from nowhere at times, only on the four festival nights. She does keep you guessing about her identity till the end. The ending will definitely make you think and here is the part which leaves me a trifle unsatisfied…but it keeps the mystery on. Don’t know if it is for a sequel.